Clouds of Magellan Press was established by Gordon Thompson in 2006 and is based in Melbourne. From 2006 to 2015 we published monograph fiction, poetry and non-fiction by Australian writers, including many emerging authors. Our non-fiction has explored areas of ‘spirituality from the margins’, LGBTIQ issues, and autobiography / memoir. After a small ‘holiday’, we recommenced publishing with a new list in 2017.

Our current focus is production of the biannual journal Bent Street.

Some of our publications have been awarded with shortlistings and significant prizes: 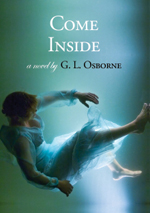 GL Osborne’s novel Come Inside received the 2011 Barbara Jefferis Award and was shortlisted for The Age Book of the Year and the Commonwealth Writers Prize 2010 – Best First Book.

Diane Fahey’s The Stone Garden was shortlisted in the 2014 NSW Premier’s Literary Awards.

Clouds of Magellan has also mentored new writers and supported writers through anthologies (Stamping Ground) and financial sponsorship of festivals, bookshops and events.

Clouds of Magellan Press is an independent publishing imprint, based in Melbourne, Australia.